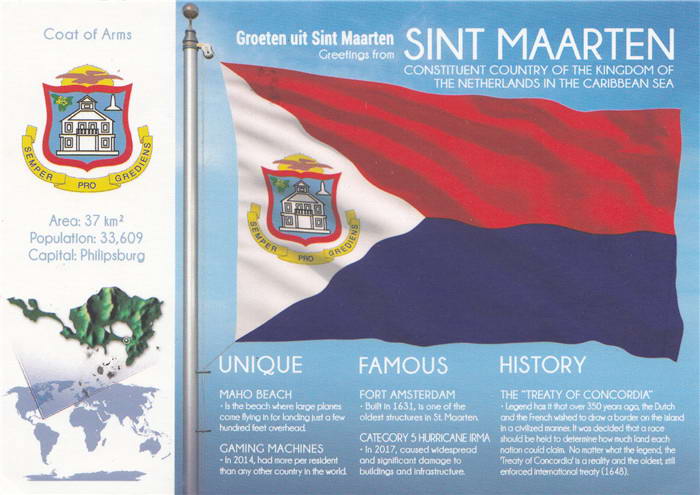 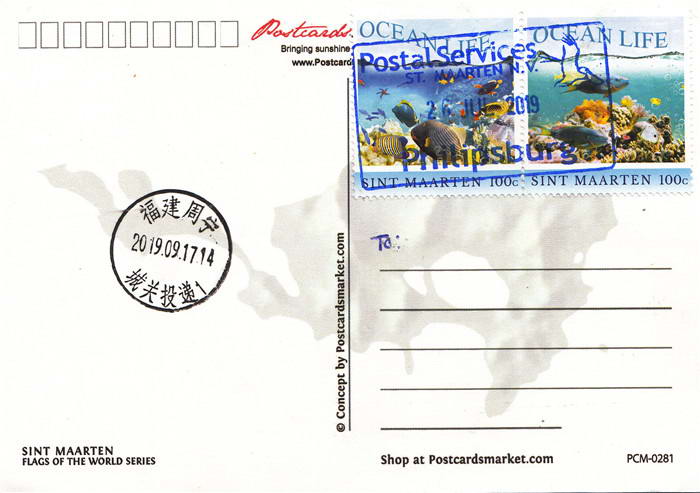 Sint Maarten is a constituent country of the Kingdom of the Netherlands in the Caribbean. With a population of 41,486 as of January 2019 on an area of 34 km², it encompasses the southern 40% of the divided island of Saint Martin, while the northern 60% of the island constitutes the French overseas collectivity of Saint-Martin. Sint Maarten’s capital is Philipsburg. Collectively, Sint Maarten and the other Dutch islands in the Caribbean are often called the Dutch Caribbean.